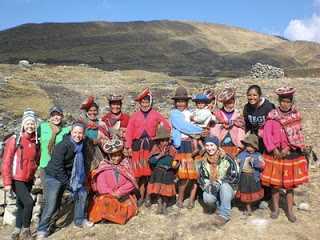 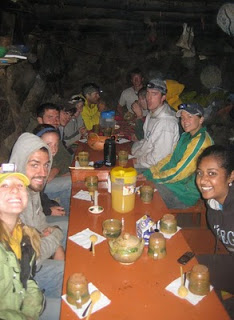 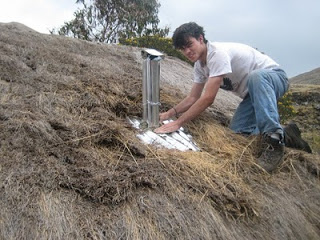 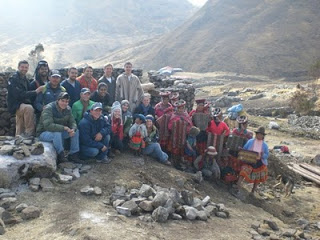 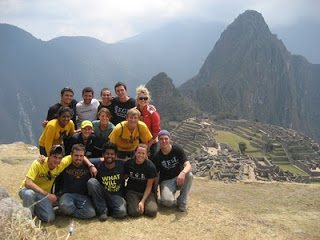 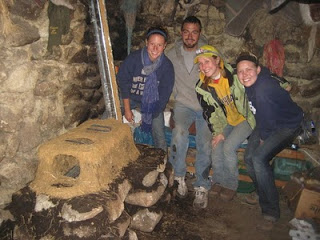 ﻿Rob
During the summer of 2010, we, a group of 14 engineering students from the University of Michigan, got the chance to travel from our home University to the village of Chupani to work on projects installing mud stoves inside villagers homes to help relieve the health problems associated with indoor smoke pollution, and constructing a weavers hut to promote equality for the women of the village.  The experience that we had over the next week was incredible.

The adventure began with a 13km hike from our van’s drop point to the village.  While strenuous at times, we were rewarded with many excellent experiences when we arrived. Waiting for us in the village were tens of curious school children excited to see what these strange, fair skinned foreigners who did not speak Quechua were doing in their home.  Over the week and through the language barrier, we managed to become great friends with them.

After dinner on the first night, we prepared for bed and were shown to our huts.  The huts were made of big rocks and mud.  They had a roof made of straw and no windows. Our beds were a layer of straw, with alpaca hides over it, and one more blanket over those. We also rented sleeping bags in Cusco and cocooned ourselves in those for extra warmth.

The next days were filled with lots of laughs and even more work.  We divided our time pretty evenly between carrying logs, collecting rocks, and using these materials to construct the weaver’s hut and building the mud stoves.  We fueled this work with the villagers’ surprisingly tasty meals which usually included some form of potato, and even guinea pig as a special treat one afternoon.

Our last night consisted of a bonfire and even some tears as we knew that our amazing week in Chupani had come to an end.  We said our farewells (translated between English, Spanish, and Quechua of course) and the next morning as quickly as we had arrived, we were gone once more.

We truly could not have asked for a better experience during those 7 days and would like to thank Rufada for such a special experience.
﻿
Powered by